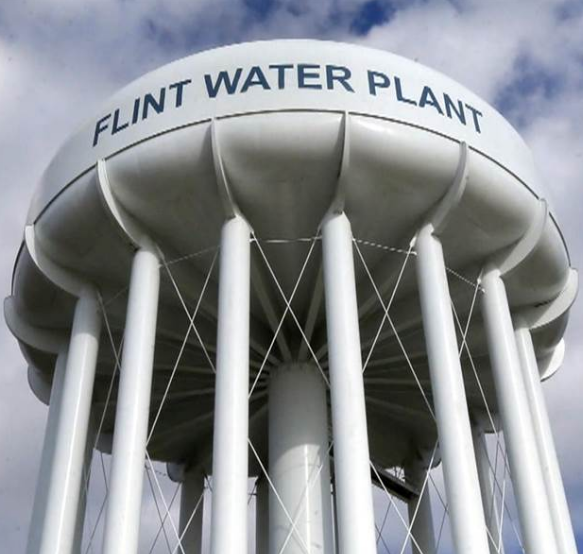 Last Tuesday, one of the first women to file a lawsuit in relation to the Flint water crisis, was found shot to death in a Flint townhouse along with another woman. On April 16, the Saturday before Bell was found shot to death, a foreman at Flint’s Water Treatment Plant, 43-year-old Matthew McFarland, was found dead in his Otter Lake home; his autopsy was inconclusive.

Sasha Avonna Bell, 19, was found fatally shot in the 2600 block of Ridgecrest Drive at the Ridgecrest Village Townhouses along with Sacorya Renee Reed, also 19. An unharmed one-year-old was found in the townhouse; police declined to confirm whether the child was Bell’s son.

As of Saturday, The Flint Journal reported 18-year-old Malek Emmanuel Thornton had been charged with both murders. Specifically, he has been charged and arraigned on two counts of first-degree murder, two counts of open murder and felony firearm, according to police.

Bell was one of the first to file a lawsuit alleging a child—her one-year-old son—had been lead poisoned by Flint’s water supply. Her suit named six companies and three past and current government employees responsible for water safety in Flint.

Bell’s case will continue, her attorney Corey M. Stern told the Flint Journal. Her son will be assigned a representative.

Flint’s Water Treatment Plant foreman, McFarland, died “suddenly,” according to his obituary, and though the Flint Journal reported there were no indications of foul play, his cause of death was unknown as of Thursday. Officials were awaiting toxicology reports. According to ABC, McFarland had been questioned by officials investigating Flint’s water crisis.

Several reports have connected Bell and McFarland’s deaths and suggested that taken together, they are “suspicious” (the Daily Mail) or constitute an effort to cover up the water crisis (Natural News).

Flint’s water crisis first made national news in December, when the city declared a state of emergency due to local children’s lead levels. (Lead-tainted water, like the water in Flint, especially severe long-term effects on children.) The first criminal charges related to the crisis rolled out last week, and Michigan’s Attorney General, Bill Schuette, tweeted that the charges were “just the beginning.”