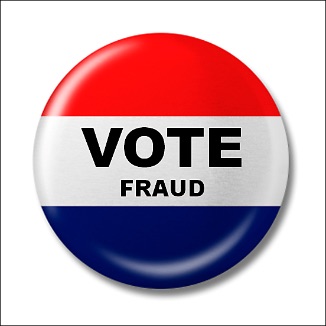 What happened yesterday in Arizona should be considered a national disgrace. I got an email last night from a woman who waited five hours to vote in Arizona. Five hours.

We don’t know how many thousands of people didn’t get to cast their ballots yesterday in Arizona because they couldn’t afford to wait that long. Scenes on cable news last night showed hundreds of people in line at 11:30pm in Phoenix – more than four hours after polls closed. Voting should not be this difficult.

These cuts meant that, in a county with more than 4 million residents, there were just 60 polling places. This is unacceptable, but it’s also not an isolated incident.

We need to make it easier to vote, not more difficult. One way we can do that is by reaffirming our support for the Voting Rights Act, which, when I am president, I will fight to reinstate.

Add your name to say you support reinstating the Voting Rights Act so we can make voting easier for everybody, not more difficult.

We cannot continue to see democracy undermined in the United States of America. Enough is enough.

Make no mistake: the billionaire class does not want Americans to vote. Billions of dollars are being funneled into our elections in a form of legalized bribery, even as American voters — especially minority voters — are being discouraged from voting. It is no wonder that government no longer works for ordinary Americans.

Above all, we need to remember the price that was paid for the right to vote. The Voting Rights Act was one of the great victories of the civil rights movement. Now, as then, change comes when the people demand it — in the voting booth, and on the streets in peaceful demonstrations. We must remind ourselves of what’s been achieved in the past, and resolve to do equally great things in the future. Democracy is not a spectator sport.

It is my sincere hope that the states that vote in the coming weeks and months do better than what we saw yesterday in Arizona. Too much is at stake for our future.

Right now, what we can do is show your support by adding your name to say you want to reinstate the Voting Rights Act. Click here to add your name.

No one said a political revolution would be easy. The billionaire class doesn’t want to see our movement win, and so we must do everything we can to show them that we have the power.