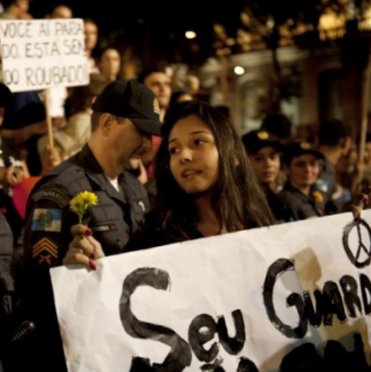 …150 years ago, in the mid-19th Century, during the onset of the industrial revolution, industrial systems were taking away freedom and liberty and imposing these ruthless, hierarchical, class-conscious structures. it’s what they called ‘the new spirit of the age: ‘gain wealth, forgetting all but self’. For 150 years, there have been massive efforts to try to impose ‘the new spirit of the age’ on people.

But as it is inherently inhumane, there is a lot of resistance and so it continues…

during the 1950’s and the 1960’s there was a sustained period of enormous growth, the biggest growth in American history, maybe in Economic history. But it was also egalitarian: the lowest quintile did as well as the highest quintile and it absorbed into the mainstream society. Groups that had been excluded from society, African Americans for example, could finally be integrated into society.

In the 1970’s, a dramatic shift in the economy began to take place, and with it, egalitarian growth came to an end.

One of the underlying factors was the falling rate of profit in manufacturing.

Production continued, but overseas, which was very profitable, but not good for the workforce.

You can have decent working conditions and production at home, but they made more profit that way.

Combined with this there was also a shift towards increasing the role of finance in society, hence wealth became concentrated heavily in those financial industries. The economy essentially went  from producing things people needed or used to financial manipulation.

Before the 1970’s, banks were banks. They did what banks were supposed to do in a state capitalist economy: they took unused funds from your bank account, for example, and transferred to some potentially useful purpose like helping some family to buy a home or send a kid to college, or whatever it might be. Part of it was also deregulation. During the 1950’s and 1960’s, our great growth period, the banks were regulated and there was no crisis.

Starting in the 1980s, you started getting financial crisis, bubbles etc… (there were several during the Reagan administrations). this major shift escalated radically under Reagan, Thatcher in England, and just on from there.

Meanwhile, for the general population, it began to open a period of stagnation or even decline for the majority.

So there was a period of stagnation for the majority that continued alongside a period of sharp concentration of wealth. These major developments led to tremendous concentration of wealth in the hands of the financial sector but it did not benefit the economy- it actually harmed it overall, as well as society. In the US, inequalities have risen to historically unprecedented heights. When they talk about 80’s growth, it’s incorrect. Growth for the rich only should not be confused with growth, and will usually lead to unrest.

In 2006, the federal reserve, rather strikingly, had no recognition that there was a multi trillion dollar housing bubble that had no basis whatsoever and was going to collapse.

As a matter of fact they were congratulating themselves on how marvellously they were running the economy.

Well, of course, it collapsed as it had to, maybe 8 trillion dollars lost. For much of the population, that’s all they had. Many African Americans, and many others too, had their net worth practically reduced to nothing. It’s a disaster. This kind of thing is going to happen as long as you have unregulated capital markets.

Furthermore, most these major financial criminals have a government insurance policy called ‘too big to fail’: if you get in trouble, the taxpayer will bail you out. It’s a financial casino instead of a protected economy, and of course people get hurt who are not rich and powerful.

But it get’s worse.

concentration of wealth yields concentration of political power and gives rise to legislation that drives new fisical policies, tax changes, rules of corporate governance, and deregulation, all in favor of finical institutions.

Alongside of this began the very sharp rise in the cost of elections, which drives the political parties even deeper than before into the pockets of the corporate sector, and increasingly, the financial sector. There has always been a gap between public policy and public will but it has grown astronomically.

Take a look at the polls.

The public overwhelmingly supports higher taxes on the wealthy, which have declined sharply at this period of stagnation and decline – and preserve the limited social benefits. The big topic in Washington that everyone concentrates on is the deficit. For the public, correctly, the deficit is not regarded as much as an issue.

And it’s actually not really much of an issue. The issue is joblessness, not the deficit.

There is a deficit commission but there is no joblessness commission.

For the 1/10th of the 1%, they are richer than ever, more powerful than ever, controlling the political system, and disregarding the public, yet convincing them in many instances, through the politicians they finance, that they’re on their side.

As far as money in politics is concerned, it’s hard to beat the comment of the great political financier, Mark Hanna. About a century ago, he was asked what was important in politics.

He answered : ‘the first is money, the second one is money and I have forgotten what the third one is.’ That was a century ago. Today, it’s much more extreme.