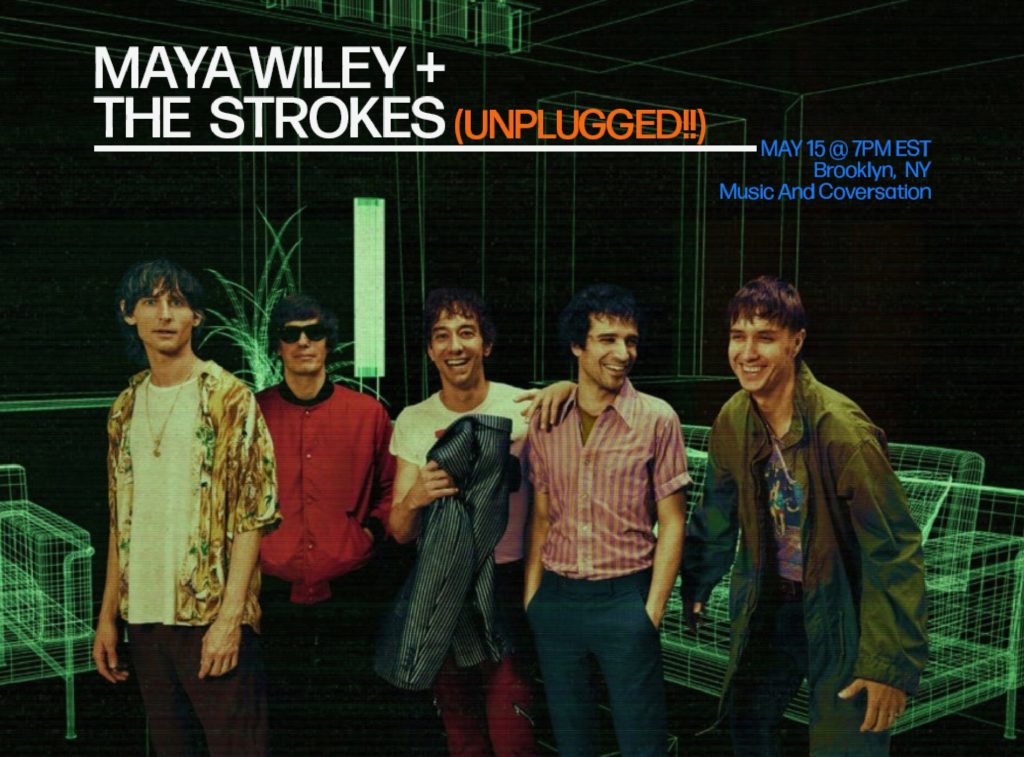 May 14, 2021 (New York, NY) – This Saturday, May 15 at 7 PM EST, The Strokes will be holding a virtual fundraiser with New York City mayoral candidate Maya Wiley to benefit her campaign. After the GRAMMY-winning band’s first ever acoustic performance, lead singer Julian Casablancas will join Maya Wiley “in real life” to discuss her plans to revive the city’s economy. This event comes just over a month ahead of the June 22nd primary election in New York City that could see Maya one step closer to becoming the city’s first female mayor. The Strokes and Maya took to Instagram Live on Tuesday to announce the performance and discuss their mutual support of one another – watch HERE.

Saturday’s fundraiser will be held via Zoom – get tickets HERE.

“I’ve been a fan of Maya’s for a long time. I wanted to reach out to her even before she announced her campaign. When she announced she was running for mayor, I was so excited that someone so smart, solid and caring was running for any office, let alone to lead the city we’re all from and we all love and care so much about,” said Julian Casablancas, The Strokes’ frontman. “Maya’s lifelong commitment to racial and social justice is so inspiring to all of us and we couldn’t be more excited to be doing this with her this weekend.”

“I’m so excited to join The Strokes for an evening of music and conversation this weekend. In addition to being a huge fan of the band, I’m inspired by their commitment to speaking out on issues of social justice and civil rights,” said Maya Wiley. “It’s not always easy for artists to take up space, to engage, and to stand up for the causes they believe in. The Strokes are fearless in their artistry and in their commitment to fighting for a better future. I can’t wait to hear some great music and have a great conversation.”

In late 2020, Julian Casablancas interviewed his first guest, Amy Goodman, for his show in partnership with Rolling Stone titled S.O.S. – Earth Is A Mess With Julian Casablancas. He was recently joined for the fourth episode with world-renowned linguist, political theorist, and writer Noam Chomsky, whom Julian called “almost an ‘internet’ of truth and justice all unto himself.” Watch it HERE.